After nearly six months of using the iPad as a sketching machine, I’ve settled on my favorite sketching app.

I’ve tried every single one I could get my hands on, probably close to a dozen of the most popular ones (Everything from Adobe, Linea, anything from Autodesk, anything that shows up in the App Store with the word sketch, and anything I could find from searching for drawing app reviews).

In the end the one that won was the simplest. Paper from FifyThree just works for me. It only has a few drawing tools, and it’s surprising robust for appearing to have so few options. Here’s a few things I like about it:

I also love the watercolor brush, fill tool and scissors.

At the end of the day I’ve grown very fond of the app, and consider it the best for what I do every day, which is sketching and wireframes. Here’s a quick sketchnote I did a few months back.

Over the past few weeks I’ve scoured the internet for reviews of the new iPad Pros.

Last week Apple announced a new 10.5″ screen size, along with an updated version of the 12.9″. Over the past few weeks I’ve scoured the internet for reviews. Thanks to a bunch of different opinions (especially Brooks Review), I decided to try out the new 10.5″ size.

Here’s a few things I noticed as I looked over the different iPad models at the store.

After having second thoughts about the screen size that felt smaller than I was used to, I started to look again at the 12.9″ models. I went back and forth and finally decided I’d try out the 10.5″ for a few weeks and see if it worked for me.

I’m now writing this mini-review on the new iPad. I love both new models, and since the main thing I used the iPad for was sketching, I’ll have to try it out for a few days to get a better sense.

Note: Paper from FiftyThree.com doesn’t yet support the new screen size. The interface seems to be thinking I’m coming from a 12.9″ and is cutting off some of the UI elements. I’ve sent them an email asking if they can get it fixed. Since Paper is the number #1 app that I use it’s imperative that this start working as soon as possible. 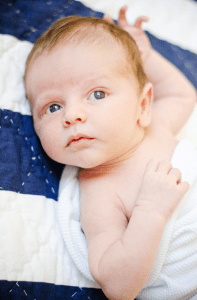 Wow, what an amazing and fun filled year this has been. I haven’t added a post to my blog since last September. I’ll see if I can blaze through and share what has been happening in the Wold family in a few words.

As of May 15, 2013 my beautiful wife and I were extremely blessed to welcome the newest edition to our home. Ethan Wold was born at 9lbs 13oz at 11:43am. He has brought such joy into our lives ever since. Attached to this post is a picture of him at about 10 days old. Thank you Mary Banducci for the photo!

We’ve also moved to beautiful Coeur d’Alene, Idaho. The decision was made after much research and soul searching on the part of my wife, Monica, and myself. We wanted to move to an area that would match what we wanted as we started to raise our family. In hindsight I don’t think we could have picked a better place. While I can’t foresee the future, I see no reason why we would ever have to leave this place. Idaho is such beautiful country with the mountains, evergreens, and beautiful lakes.

This past weekend I was able to join friends and family in hiking with the sunrise over the lake, kayaking, jumping off rocks, watching the sunset, and just enjoying the long days of Summer. I’m extremely blessed.

I’m also busy with projects of all types. I’m looking forward to the next year and all that is in store!

About a year ago I woke up. There was a reason for this, which I’ve written about before. Now I can’t shut up about it.

I’ve been reading as much as I can get my hands on. I’m constantly buying new books. Yesterday I was at a second hand store and picked up six new books for less than $5.

My main source of reading is audio books. I listen to audio books while I walk in the morning, while I clean around the house, when I’m doing “right-brained” work. I’m constantly increasing my knowledge. Audible is AWESOME for this. I pay for a monthly subscription for two credits. Often I’ll buy more than that when a book is on sale or cheaper than the credit amounts.

Every day I read my Bible. This book and I have had a long journey together. God has been so good to me. Throughout my whole life He has been caring and providing for me in every way. I read out of my Bible every morning to learn what He’s trying to say.

If you’re a Christian, and you haven’t read through the entire Bible yet, I encourage you to start now. It really isn’t that long. For reference, one audio version of the Bible I’m reading is 97 hours and 58 minutes long. In contrast the entire Audio series of Harry Potter is 117 hours and 4 minutes. Hmm.. I wonder which one has more long term value. If you were to start listening to the audio version of the Bible for an hour a day you could read through the entire Bible in a little over three months.

So what type of books are good to listen to? I can only share from the experience I’ve had so far. I’m planning to start a reading page on my site, and will highlight my journey as I go forward, letting you know which books I like and don’t like.

I enjoy reading books that are inspiring and uplifting. Books that can make me a better person in some way by teaching me something new or sharing a story that has value. Right now I’m limiting my reading to books that are nonfiction. I may start listening to some fiction books at some point, but I want to be selective about them, making sure they have some type of value.

I landed my first paid design project when I was 13 years old. I will protect the guilty by changing the name of the owner, we’ll call him Bob.

My job was to create several hundred icons for an online kids gaming website. Designing icons was fun for me. So when Bob contacted me, it was a dream come true. My first chance to get paid to do something I loved.

In my young understanding we had a gentleman’s agreement that I would be getting paid about $500, a huge amount to me at the time, in exchange for designing hundreds of icons for Bob’s site.

I spent hours meticulously creating the icons on my computer. Sure, they weren’t all great, but it was the best I could do at the time. Looking back at my work I still think some of them looked pretty awesome.

Instead of being bitter, let me share three positive things I’ve learned from this project:

Always get a down payment for your work up front. If a potential client insists that they see some design ideas before paying you, be careful. There’s two reasons they could be doing this.

Either way your job is to educate in a polite manner and explain that you don’t work for free. If you’ve explained this thoroughly and in a patient way, and they still refuse to pay you, they probably weren’t going to anyway.